They were only a hundred meters away, but she wasn't sure that she could make it.

She couldn't remember why she was standing here or how she got here, it was like waking up and finding yourself in a weird place. All she could remember was that she had to get to that person standing in front of her.

Somebody suddenly appeared at her side. She tried to focus but couldn't, so she looked away. Why were all these strangers looking at her as if they expected her to do something?

The person next to her took her arm and started leading her forward, she resisted, but was not strong enough. For some reason, she did not know what, she wanted to go there by herself.

As they drew nearer, she started to hestitate. What am I doing? She didn't have much time to think about it as they had reached their destination. The person let go of her arm and smiled at her. Only then did she see the doctor all in white smiling.

The person who had been waiting for her took her hand and squeezed it reassuringly. The doctor started to speak but she couldn't hear him. Only then did she realise why the two people who had helped her were dressed in black. They must have been the nurses, the people who fetch you when you get locked away.

She tried to listen to what the doctor was saying, but she couldn't. She didn't know when she went deaf, she just was.

For all she knew they were telling her the rules of the asylum. It looked as if they were finishing, for the person next to her said something. But they hadn't finished, they were looking at her, waiting, anticipating.

She started to feel nervous, what should she do? She did the first thing she could think of, she nodded her head. That must have been the best thing to do for the doctor started to smile. The person standing next to her, kissed her.

They lead her away, placed a pen in her hand and made her sign a document. She had committed herself. As they were leading her away she noticed that everyone was smiling. She couldn't understand why, she wanted to scream, "This is no laughing matter, this is very serious."

As they got out of the building there was a crowd of people all throwing things at her. She wanted to cry, but couldn't let people see just how weak she really was.

They opened a car door for her and she climbed in. As they were pulling away she looked back and saw all the people waving, smiling, laughing.

Why are they so happy? What am I doing here? She started screaming, "NO! NO! I don't want to go through with this, this was just a game! You can't make me stay with you! I will NOT stay here with you!"

Her screaming woke her. She looked at the clock and realised, she had less than 12 hours before her wedding.


When I was younger (much younger) there was only 2 things I ever wanted to be - one was a teacher and the other was to be a published author - and seeing as not one of those dreams materialized - I thought I would subject with you a story I wrote many, many, many moons ago, when I was young and naive! :) hope you liked it... :) Let me know either way.... haha but remember I dont take bad press well... :) 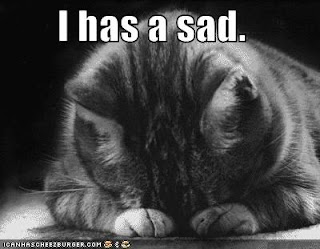 Just one other small thing I wanted to mention in this post... :)

This place sucks... :( -> you just get to meet really great people - and then BAM their contract is up and they move on to the next big thing... :( it saddens me... SAMS... it was great knowing you even if it was for such a short time... here's hoping you have a blast where ever you land up in the world... and here's hoping you will never forget that crazy woman who accosted you in a parking lot at 2 in the morning... ;) Dont blame me - its not my fault you're famous ;)