Consider this a black out..... 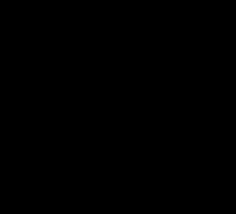 Okay look - I'm not one for really understanding the world - so I may not have all my facts and figures straight...

But from what I understand this sucks...

Here's just a few links I picked up on the web today...

So for my understanding - Big Brother is going to take more control over the internet to ensure copy right infringements.... So - no more Youtube uploads, no more referring to other sites when you write something, no mentioning anything anywhere about anyone just in case you say something wrong... geez! Blogs are gonna be b-o-r-i-n-g!

Seem's kinda harsh - Okay - I can understand the whole movie and music issue - I mean I myself am dying to download an uncut version of Breaking Dawn Part I (thanks GCC Censureship!- NOT!)

But seriously - just think....
That picture above and those two links - could mean I could end up in jail as copy right infringement... This could mean the end to blogging as we know it.... and I cant have that... where else would I pick up my news and random bits of useless information... It's not that I care about this for my own blog per se - who reads me anyway!:)

Big up to all that are taking a stand...

By Jove - They've done it again!

Ask any South African which company has the best Marketing and Advert team behind them, giving them awesome up to date, controversial, in your face advertising... and the answer is gonna be South Africa's World Famous Resturant Nando's! (That's right - Nando's originated from South Africa - go on Wiki it if you don't believe me - I'll wait!) While I wait for you - I'll just ramble on about why Spur couldn't have been the restaurant to make it famous out in the wide world- I would kill for a Rib Burger, John Lee Special and a Chico the Clown right about now!

Anyhoo - Nando's SA have always had the best marketing and advertising campaigns in South Africa - quickly taking some news event or controversial topic and turning it into a memorable advert - remember the whole Joost Campaign?

Well in my humble opinion they've done it again - okay so this could be a couple of months old - but hey I no longer have the privilege of watching any SA's Adverts any more - never realised I would miss them so much!

But before I can get to the Nando's advert I'm referring to I have to take a detour... :)

Recently on News24 - there was an article about a South African Comedian, Trevor Noah, who had appeared on Jay Leno - if you have time to get sucked into the vortex that is Youtube - do yourself a favour and watch a couple of his videos' - he's good - but I better warn you - he might only be funny to me - what with me being a Saffer n all, that coupled with my weird sense of humour!

So there I was getting sucked into the vortex of Youtube - when I came across an Advert campaign Trevor Noah did for the 3rd Cellphone company in SA - Cell C (very original name!) Here's the first advert - there are more in the campaign - feel free to Youtube them - but let me warn you - you might get sucked into the vortex and before you know it hours have passed and you still watching youtube video's!

Very soon Trevor Noah and the Cell C Advert Campaign became quite talked about in South Africa - you either hated them or liked them - but what is all important in any Marketing it's the TALKING... yes people where talking Cell C!

And if there's one thing Nando's don't like it's when other Company's get talked about :) (joking - I mean how would I know I don't work for their marketing company!)

But it's kinda true - Nando's needed to get back to being the best adverts around - so what did they do - they pulled out all the stops - they produced this one....

You see what they did there????

That's right - they took one of the most talked about adverts - made a funny rip off of it and BOOM!

Back to being the Advert King of South Africa....

Man I do miss the Nando's adverts.... Unfortunately I can't say I miss Nando's itself - they have cropped up everywhere - even in a country that's Peri Peri Hot ;)

Anyways till next time!
I'm off to grab a whole half a chicken maybe with some Lemon n Herb..
Drool all this talking of Nando's has made me quite lus for some!
xxxx

PS - I have no idea how to get Youtube Video's onto the blog - I'm blonde that way - here's hoping it works! Fingers crossed!
Posted by Gatvol in Oman at 8:56 PM No comments: